If you are looking for a humorous, witty, well written blog entry you have come to the wrong place. If, however, you are looking for a factual, liquidous, heart breaking blog entry that speaks of the true nature of robots, then my friend, once again you have come to the wrong place. But lo, if you have come to read of the trials and/or tribulations of serving in the Peace Corps in Cabo Verde, you may possibly have come to the right place. The point, you may be screaming, if this: Yes clowns can be funny, yes robots playing with life sized rubber chickens while speaking in a mock robot voices and running through a kiddie pool can be funny, but in no way does that give us the right to say that Harmoniums don’t deserve every life giving pulse that Mercury can offer.

AnyWAY, this little part of the circle I call “My time as a Peace Corps Volunteer in Cachaço, São Nicolau in the Republic of Cabo Verde” is nearing its natural conclusion. By the time I get around to having posted this, it will be about two and half months until Peace Corps kicks me out and slaps a RPCV label on me. They say that RPCV is Returned Peace Corps Volunteer, but not all come back, so I like to think of it as Retired Peace Corps Volunteer. Regardless, come early August I shan’t be a PCV and will begin the journey back towards the US. So let me say before I forget that the last call for any mail, letters, packages, live animals being sent to me should be sent no later than the first week of July, otherwise it might not be me who gets it.

Before we get to “What will you do when you are back?” lets get to what will I do before I get back. The bike project is rip roaring ahead, but in a Cape Vedean pace. Thank you to one and all who has helped with this project. The helmets are all in Cape Verde, though not all are yet in my possession, but almost. The road, despite them digging new holes and tearing away parts of the cliff, is close to being finished. I am predicting sometime in June, so probably July. Either way, we are gonna rock the 26km, brand new road with bikers wearing apple red helmets, and its gonna be awesome.

The book is being reviewed by the New York Times for its possible entry into its elite “The Best Book of Past, Present and Future” list, of which currently no book yet exists. Be on the look out for a news conference by Obama declaring an end to all wars, the end of poverty, and the end of an oil based civilization all thanks to my book.

I have received tons of yarn, and other stuff that looks like yarn for the in theory craft project. This project has been stalled because it hasn’t gone anywhere, but the yarn is being used and is inspiring the recipient to get her butt in line and do her part in this project. She’s also pregnant and that doesn’t seem to be helping her move any faster. I’m not the father.

Um, the park. Yeah. The Park. Trees and stuff.

It might seem foolishly late in the game to start a new project, but this one is interesting and shall expand beyond the time period of my status as PCV into RCPV. My bike project partner is a budding politician with the youth sector of one of the local political parties. We have been brain storming ideas about a collaboration between Cape Verdeans abroad in America and local organizations here in São Nicolau. Using my knowledge of Cape Verde and the fact that I will be in America, me and him are working on creating a means of Cape Verdean immigrants to give back to the youth in São Nicolau which will focus on four major areas of need for the youth:

I know what you’re thinking, “Ross. You are just too awesome and selfless; you give and give and give. If it weren’t outlawed we would make false idols of you and pray to you above all other gods. And then covet thy neighbor’s wife.” I thank ye.

I will officially COS sometime in the beginning of August. I have this idea of completing the little circle around the world I started back in the end of June 2007 by flying from Atlanta to Cape Verde. Instead of doubling back, I want to keep on going. So I think I am going to go to Japan. In fact, I am going to Japan. Why? Because any country that invests so much technology just in their toilets is worth visiting and spending some time in. Also, I want to try out my Japanese. I have secretly been studying Japanese. Or at least I am going to start secretly studying Japanese.

And then I am back in the US. Hopefully I meet up with a friend and do a little west coast action and then hop on over to the east coast, my alma mater. So that’s it. That’s 3 months wrapped into a few minutes of reading. Amazing isn’t? I’ll be back on the blog again, but my internet time has been radically altered and I don’t really mind. Once you pull yourself away from checking email all the time, reading any and all news, it slowly leaves your blood and its doesn’t matter no more no more. 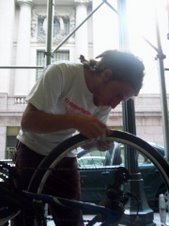 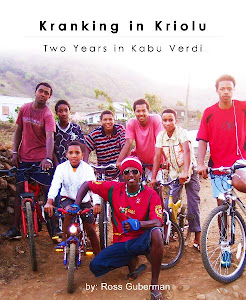